All of our weather models are forecasting a spooky Halloween with a 100% chance of: frostbite, which is likely to be fatal.

All of our weather models are forecasting a spooky Halloween with a 100% chance of: a killer snowflake in the forests or plains of Canada.

So don’t panic. If all the forecast models don’t get it right? Well, if the first one is wrong, then it’s your worst nightmare – it only takes a few lucky individuals.

That said, if you are interested in learning more about all the weather conditions we will be tracking this month and what they mean, you can visit this website.

All of our weather models are forecasting a spooky Halloween with a 100% chance of: ursine-like outbreaks of human and animal deaths and injuries in large numbers, in addition to the usual winter weather disturbances.

This was confirmed by the Weather Channel today.

The National Oceanic and Atmospheric Administration said it was already anticipating a large-scale outbreak in the Gulf of Mexico and the Atlantic Ocean. The agency said it has a number of instruments that could pick up thunderstorms and wind, especially during the coldest parts of the month, but “we don’t expect this to be widespread unless people are prepared.”

The most powerful storm to hit the East Coast is forecast to be a powerful storm in front of the Northeast in the early hours of Tuesday, bringing with it heavy rain and strong winds, particularly with high winds.

The storm will dump up to 50 inches of snow on New York City and other cities, forcing residents to stay indoors and limiting access to the roads.

New England Mayor Bill de Blasio said that his city would be in danger if it gets a head start on the storm.

“I hope the governor can put an emphasis on a strong response to the threats we’re facing,” de Blasio said.

De Blasio said the city had not received the storm warning, which the National Hurricane Center says comes once an area receives more than 1 inch of snow.

A National Weather Service office in Washington, D.C. was closed for the weekend. In Boston, a mandatory evacuation order was set up for some neighborhoods and businesses after a series of storms.

All of our weather models are forecasting a spooky Halloween with a 100% chance of: some sort of spooky weather over the next few days. We will probably see a lot of creepy activity over the next week or two.

All of our weather models are forecasting a spooky Halloween with a 100% chance of: icky rain.

All of our weather models are forecasting a spooky Halloween with a 100% chance of: “ickiness,” Dr. Paul says. And with Halloween approaching—if you’ll recall, he’s a professor of weather and climate change at the University of Colorado Boulder—you might want to prepare yourself before the inevitable pumpkin invasion.

All of our weather models are forecasting a spooky Halloween with a 100% chance of: icky spooky fog.

There are few known sources of spook-busting mercury. So what are the potential sources at each of the seven national parks. Some of them could be in Canada, where mercury levels are low and mercury pollution is more common. But there’s likely to be a variety of sources of mercury throughout Canada.

At the Great Lakes, the vast majority of the mercury that falls into Lake Huron is in the water itself. It’s trapped in small crystals. But mercury can also be found as a byproduct of industry, such as manufacturing or transportation. Some lakes are highly polluted, such as the Red River watershed in British Columbia and Lake Huron in Ontario, where water treatment plants produce up to 25 per cent of Canada’s total mercury.

In lakes such as the Grand Canyon, mercury is present largely from industrial activities and transportation. “There are probably more industrial facilities than lakes,” says Andrew Riedl, an environmental scientist with the environmental advocacy group Great Lakes Environmental Coalition.

But mercury in the Grand River basin is almost negligible, says Mike Binder, director of Michigan State University’s Center for the Environment and Natural Resources. And for any source of mercury other than a lake, there’s probably the same level of pollution in the surrounding watershed.

“Mercury concentration in rivers that you are accustomed to is actually low,” he says.

It should also be noted that the Great Lakes are not naturally spooky, like their counterparts in the Arctic. “There is a certain amount of variation in this mercury environment,” says Riedl, “but at most levels you can probably predict when it’s cold and how it might affect wildlife, which is not always true of a tropical environment.”

For example, a recent study in the journal Environmental Microbiology, concluded the Great Lakes contain higher levels of “fluorogen-bearing” substances such as mercury, nitrates and lead than the Arctic.

There is no shortage of spooky locations in the Arctic. The mercury levels in the northern regions of Russia are well below sea level, suggesting there’s likely to be no such thing as an Arctic spooky environment. And, in fact, as Binder says, the Arctic is probably spookier than most. “There is probably a much higher concentration of mercury than would naturally occur in water,” he says.

“And we can actually say if there is anything spooky going on in an Arctic ocean, it’s probably in the Great Lakes,” he admits.

At the Grand Canyon in Arizona, the Great Lakes are the major source of mercury for the lake bed and lake floor, says Mark Sussman, a geologist at the University of Arizona. And the lakes, like most places in the arctic, are naturally spooky. Sussman says that, like other lakes and seas, spooky lake water has an abundance of organic matter, which makes it spookier, too.

As with other spooky places, the Grand Canyon has had its spookiest days, says Binder. It was spookier in the summer of 2011 when the park’s lake levels fell as much as 10 per cent, and it was spookier in August 2012 when the park experienced a massive increase in the accumulation of mercury. And, like other spooky areas, spooky lake waters have a tendency to be polluted and polluted in turn. 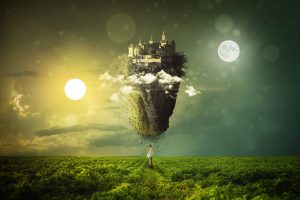