DISCLAIMER: Not a real weather forecast or news post. I mean… come on.

A large number of people in the San Jose area had to evacuate Saturday evening as a strong winds and rains prompted authorities to close several roads and highways in the area.

Officials say they had to close the highway to northbound traffic, including the Highway 101 Freeway, for at least an hour during the storm. The San Jose Fire Department, the San Jose Air-Conditioning District and Cal Fire had to shut down the air conditioning system.

Pimentel says the storm is expected to continue into Sunday with wind gusts over 100 mph, with rain forecast along the coast by Saturday evening.

Some residents who live and work near the storm’s path are asking people to avoid getting into flooded cars or boats.

Officials said there are no reports of power lines being damaged.

The storm is the strongest in San Jose in years. Officials say at least seven homes have flooded, with at least six other homes under water and three at least four others reported to have been under water. The storm also caused extensive damage to some of the town’s most prized buildings including the San Jose Municipal Airport, the city’s airport-like structure.

Residents were forced out of their homes early Saturday. Many are stuck in floodwaters and have been advised to stay away from roads.

The San Jose Police Department says it was closed to traffic due to the high water and heavy rains. 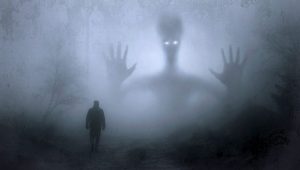